The Ghosts of Dunwich 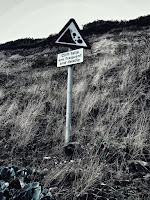 Let me take you back to the 11th century. Dunwich is vastly different from the chocolate box village it is today, it was a bustling city, a sea port, the capital of East Anglia and the seat of power for Bishops. The Doomsday Book even lists it as having a population of 3000. But all good things come to an end because then, much like something from a horror story, the sea came for Dunwich. The first great storm hit in 1286, followed by another in 1326. Dunwich's great port, the city itself and much of its farmland was washed away, the damage to the coastline there is irreparable. Even today more and more of the Dunwich coast crumbles away every day. While there have been many more storms and floods, it was these two that sealed the great cities fate. Once 3000 residents, now around 120. Every day the coast crumbles away even more and the sea creeps closer, a greedy thing, always wanting more. Walking the beach it's possible to find all sorts of archaeological goodies, but if you're tempted to go searching then be wary; it's also quite common to find human bones, whole or broken, that have fallen out of the crumbling cliffs above. It may be quite beautiful, but make no mistake, Dunwich is old, a place of tragedy and death. And, as with many such places, the dead do not rest easily here. It's no wonder the great author M. R. James was so inspired by this place, even basing his story "Oh Whistle and I'll Come To You My Lad" here or that H P Lovecraft chose to name his own eldritch town of Dunwich after it. 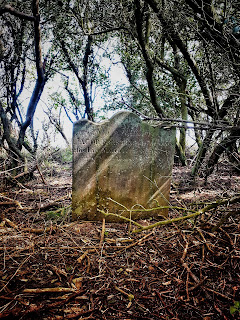 The cliffs themselves are dominated by Greyfriars Priory, not to be mistaken for Greyfriars Kirk in Edinburgh, Scotland. I have to admit, the Priory is a stunning ruin. It's in good condition and untouched by graffiti or other vandalism. Unusual for a building like this. But I pity anyone foolish enough to deface this building, they might find themselves attracting more than the just police. You see, not all of the monks left. Their ghosts have been seen walking the hollow shell of a building and its vast grounds, scaring visitors and locals alike. And in 1926 there was even a sighting of the Black Shuck itself here, running through the grounds of the Priory. A great black beast of a dog, with glowing eyes, the Shuck has been spotted up and down the Suffolk coast and is one of England's most famous phantom hounds. Rest assured, this not so good boy will be getting his own blog post in the future (as will Greyfriars Kirk.). Further along the cliffs are thick woodlands and then Dunwich Heath. If WWII history is your thing then I'd definitely suggest looking into the Heath, as it was the most guarded piece of the Suffolk coast during those dark years and was home to an artillery battery, a radar station and much more. Unfortunately next to nothing of the original buildings here remain, but the history is still an interesting one and concrete can still be spotted on the paths and buried under the lush gorse and heather. The woods are what interest me and, I suspect, you. Tall trees reach to the sky, their thick canopy dimming the sun and giving shelter to not one, but two ghosts. Here you might spot a Victorian squire on a horse, galloping through the brush. Or you might spot the spirit of a local gentleman who supposedly died of heartbreak in those very woods after failing to gain his families permission to marry his true love. Forlorn and alone, his ghost is seen moving through the trees, perhaps looking for his beloved so that they can at least be united in death. Unfortunately for him, her grave was most likely one of the many washed into the sea. Which brings us to our next spot to visit. Not haunted, but most certainly eerie; the last grave. There may be no ghosts at the last resting place of Jacob Forster, but it's still an unexpected site tucked away in the blackthorn trees that line that area of the cliffs. You can find photos online of bones laying on top of this grave, found and placed there by some kind soul hoping to lay those lost bones to rest. Where are they now? Who knows, most likely given a proper burial by some kind local or tucked safely away in Dunwich's museum. When I went there with my friends, there was no sign of them. Head back into the village to St James Church and you'll find what's left of the local leper colony. It was this sad ruin that got me interested in Dunwich about 10 years ago. An attempt to find it was made by my friends and I, but back then we didn't have a sat nav and, after wandering onto the beach and finding a sick baby rabbit, we called a rain check to take our new fluffy friend to the vets instead. Now after visiting Dunwich again I have to admit I missed it for a second time and I'm very disappointed in myself. Dating back to the 12th century, the only sign of the leper colony left is the remains of the chapel, the sea took the rest. Its a place of quiet remembrance, but also of creeping horror as it is said to be haunted by shuffling, malformed shadow people. St James Church still has links to leprosy, as they raise money to help a mission in Africa that supports victims of this heart breaking disease. If you stop by for a visit then why not consider making a donation, I'm sure the lingering spirits would appreciate it. Now back down to the beach and, if you're lucky enough to avoid the Black Shuck as it roams the cliffs above, you might find yourself face to face with the ghost of brightly dressed Elizabethan sailor. A harmless spirit this, not out to spook or scare, he simply wants to take a slow walk down the beach to his ship. If you don't see the sailor then you might get lucky and experience the beaches other haunting, if you can call it that. Its said that sometimes, over the soft whisper of the sea breeze and the lapping of the waves on the shingle, you might hear the melancholy tolling of a church bell, rising from under the waves, the sound of the lost churches of Dunwich. 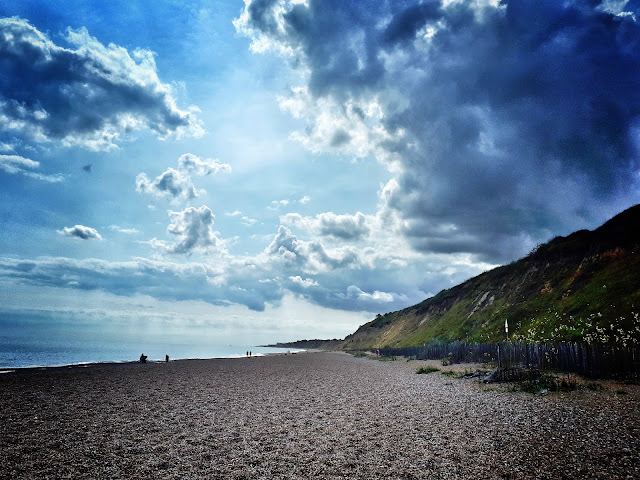 Now, did I experience anything ghostly on my visit? Unfortunately I did not, but that's not to say you won't. And if you do, or have, then I'd love to hear about it. As for the Black Shuck, the only canine I came face to face with was a friendly spaniel on the beach. Dunwich has other hauntings than these, I've only covered the main ones. It's a lovely village, made eerie by it's fascinating history. To find out more of this history, I'd recommend a visit to Dunwich's museum. And if you want to stay the night for a spot of (respectful) ghost hunting then the local inn, The Ship at Dunwich, has rooms and excellent food. If you're visiting for the day then you'll have no problem parking and the car park itself is free, asking only for a voluntary donation to help with its upkeep. Not an unreasonable request, I think you'll agree. If you're not visiting then why aren't you? If you're able to get to Dunwich then it's a treat that you won't forget.

All photos taken by myself, 30th August 2018. Please do not use without permission.

Posted by Lenny Wall at 2:24 PM No comments:

Welcome to The Strange Ways.

Ghosts stalk the halls, odd creatures lurk in the shadows of the forest and elsewhere other unknown beings lurk. Yet, in our busy, technology filled world the weird and wonderful often goes unnoticed. How many hauntings are missed because the victim is glued to the computer and doesn't notice? How many Bigfoot sightings have been scuppered by Angry Birds? We may never know, but with the rising popularity of the paranormal, I hope to creep onto your screens and leave you wondering whats standing behind you in the dark.
So grab yourself a drink, pull up a chair and lets wade into a world of strange and unexpected horrors.
Posted by Lenny Wall at 10:18 AM No comments: